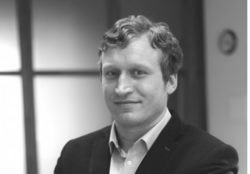 Oskars Redbergs (Dr.-Ing.(Brandenburg TU, Magna Cum Laude), M.A. Arch. (Städelschule), Mg. Arch. (Riga TU)) is an urban planner, architect, education innovator and curator. His main research focus is on the transformation of urban landscape of post-socialist/ post-democratic cities. He considers himself to be from at least 3 cities – Riga, Copenhagen, Frankfurt am Main, where he have lived, studied and worked for a quite considerable time. He studied Architecture and Urban planning at Riga Technical University, The Royal Danish Academy of Fine Arts – School of Architecture, Danish Institute for Study Abroad (DIS) and graduated from the Staatliche Hochschule der bildenden Künste (Staedelschule) of Frankfurt am Main Architecture Class (SAC) in 2003.

In 2009 he completed the Creative Leaders Cultural Management programme organized by the Swedish Institute in Stockholm. Since then he have been closely collaborating with the Swedish Institute and Art and Architecture center Färgfabriken for various international multidisciplinary collaboration projects focusing on cities with complex social, political and economic contexts such as Mostar, Kaliningrad, Kiev, Riga and Stockholm.

He has written a number of articles as well as editing several books. He has contributed to shaping the concepts and providing theoretical framework for international projects and conferences such as Baltic Dimensions, New Urban Topologies, Experiment Stockholm and others. From 2016 till the spring of 2017 he is a resident at the Färgfabriken Art and Architecture Center in Stockholm.

INNOVATION IN EDUCATION/EDUCATIONAL REFORM. In 2010 Oskars Redbergs founded the new International School of Architecture in Riga and for the following 5 years I was a Dean and a Professor at Faculty of Architecture and Design at The Riga International School of Economics and Business Administration (RISEBA University) in Riga. The Education of Architecture and urban planning was reformed in order to align it to the standard of the Bologna process. A new academic doctrine, teaching concept, academic procedures and standards were developed. Due to the research interests of the founding core group of tutors, the academic concept of the school placed the strong focus on integration of social contexts in architecture and urban planning. Over a period of 5 years, the Bachelor, Masters and Study Programme ‘Architecture and Construction’ (BA & MA) were successfully accredited and awarded international accreditation, for a maximum period of 6 years. He has been teaching Design Studio, two Theoretical courses and leading the Bachelor thesis studio “The Graduation Pool”.

SCIENTIFIC RESEARCH. In 2018 Redbergs has completed his doctoral research at Brandenburgische Technische Universität, Germany. The title of the research is: ‘Transformation Projects of Historic Urban Structure and Architecture in the Historic Centre of Riga Territory of the World Heritage Site, since 1997’. In his interdisciplinary approach knowledge has to be drawn from many different contexts. Therefore he operates where architecture, urban planning, history and the law meet, in order to reconstruct the scenes and conditions of its formation, as recorded in architecture and in the built environment.

Emphasis is placed on the investigation of archive material and the analysis of the structures built over the last 20 years in the World heritage site. Through analysis of the aforementioned structures in relation to history and the law, he questions the scale and nature of transformations on historical, architectural and urban structure (defined as a Universal Outstanding Value of the World heritage site) under the patrimony of the UNESCO world heritage status and its representative management mechanisms in place.

The thesis reflects his teaching and research philosophy according to which, besides the traditional techniques of scientific research, the research process also leads to a new kind of instrumental knowledge that could in turn guide us towards desired impacts either on the social or urban dimension of politics.

The Doctoral thesis is a continuation of ongoing research that began in 2011 with his appointment as a curator for the European Cultural Days of the European Central Bank (ECB) – Latvia (2013). The research has resulted in the large-scale traveling Architecture/ Urban environment exhibition and the book under the same title ‘9 Conditions of Riga: Regeneration and Transformation of the City – Urban Environment and Architecture’. Till now the exhibition has been on show in following cities: Frankfurt am Main/ Germany (2013), Riga/ Latvia (2014) and last year it contributed to the programme of the Tallinn Architecture Biennale, Tallinn/ Estonia (2015). This traveling exhibition ‘9 Conditions of Riga’ is the most comprehensive exhibition of the contemporary Architecture built in the historical center of the Riga since 1991. In his concept he highlights the emergence of new urban typologies by offering a new classification for buildings and urban intervention projects in Riga realized in last two decades. The goal of such classification is to reveal the relationship between the physical and social structure of the city and the elusive aspects of contemporary capitalism.

INTERDISCIPLINARY APPROACH. The interdisciplinary approach has been of a great importance to Redberg’s analytic and artistic work. In order to engage in discussion about the complex relationship between community building in Riga and Latvia (including spatial and social environments) and the aspects of globalization, neoliberal capitalism, emigration/migration, geopolitics, disinformation, the relationship between the city and the state, multiculturalism, the presence of ‘Otherness’ in the society and prejudices. An experimental internet platform was established where several scientists, artists and activists from different Cities around the Baltic Sea region were invited to contribute to a project whose final outcome was initially unknown. A gaming technique was used to structure the process where in an exquisite corpse what is important are the lines of connection. The outcome of this interdisciplinary project was the book ‘Mūsdienu kultūras stāvokļi / Conditions for Contemporary Culture. Riga’ that is seen as a result of structuring unexpected knowledge emerging at the lines of connections. The book is composed of text and photography essays by 20 remarkable Northern European authors and photographers in a book devoted to Riga. This approach, simultaneously global and local, is a result of called efforts and experiences aimed at linking the critical diffusion of the facts with a cultural, holistic understanding of reality.

ARCHITECTURE PRACTICE. Earlier on Oskars Redbergs has worked for several well-known International Architecture and Engineering firms such as Schneider+Schumacher Architects (Germany), Sir Peter Cook and Design lab CRAB (UK), Stengele+Cie (Germany) and Bollinger+Grohmann Ingenieure (Germany). Since 2006 he is holding a license for an independent architecture practice in the Republic of Latvia. He is also currently serving as a member of the board of the Latvian Association of Architects, Member of the Council of Creative industries, Ministry of Culture of the Republic of Latvia, founder of The Hilbig Institute Riga and Megaphone Publishers.

“Architecture is a society’s unbribable witness. We cannot speak of a large building without recognizing in it the witness of an era, their culture, their society, their intentions.” – Octavio Paz (1914 – 1998). Nobel Prize in Literature 1990. 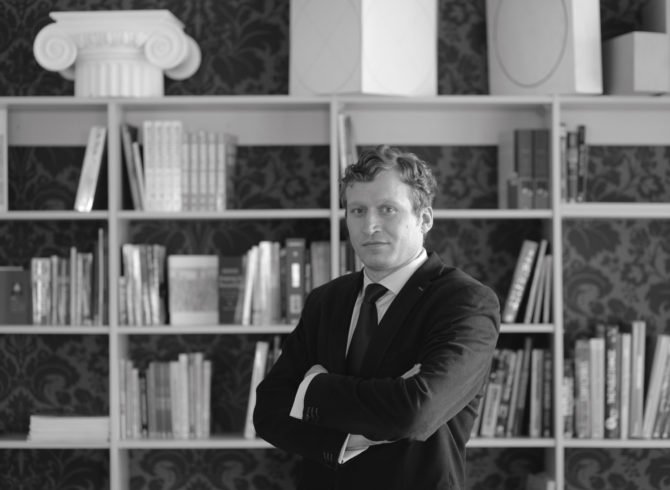